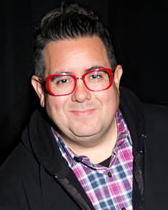 Ramón H. Rivera-Servera's research focuses on 20th and 21st Century performance in North America and the Caribbean with special emphasis on the ways categories of race, ethnicity, gender, and sexuality are negotiated across national borders through migratory circuits of circulation and exchange. His work documents a wide array of performance practices ranging from theatre and concert dance to social dance, popular music, fashion, and speech.

He is author of Performing Queer Latinidad: Dance, Sexuality, Politics (University of Michigan Press, 2012), a study of the role performance played in the development of Latina/o queer publics in the United States from the mid-1990s to the early 2000s.

He is currently completing a book manuscript, Reggaetón’s Queer Turn: Sexuality, Abstraction, and Contemporary Art in the Circum-Caribbean, which pursues feminist and queer uptakes of the popular music and dance cultures of reggaetón in circum-Caribbean contemporary art to theorize the role of black aesthetics in the sexual cultural politics of the Spanish speaking Caribbean and its diaspora. He is also conducting fieldwork and archival research towards two other projects: Exhibiting Performance: Race, Museum Cultures, and the Live Event, which looks at the ways race has been collected and exhibited in North America and the Caribbean since the mid-1990s and Choreographing the Latina/o Post-Modern: Puerto Rican Moves in the New York Dance Avant-Garde, a cultural history of Puerto Rican participation in the New York City experimental dance scene since the 1980s.
Back to top