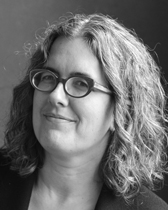 Rebecca Zorach teaches and writes on early modern European art (15th-17th century), contemporary activist art, and art of the 1960s and 1970s. Particular interests include print media, feminist and queer theory, theory of representation, ​​and the multiple intersections of art and politics.

Before joining the faculty at Northwestern she taught at the University of Chicago for fourteen years. She has been a visiting faculty member at Yale University, the École des Hautes Études in Sciences Sociales, and Williams College, where she was Robert Sterling Clark Visiting Professor in 2013-14. Her books include Blood, Milk, Ink, Gold: Abundance and Excess in the French Renaissance(University of Chicago Press, 2005); The Passionate Triangle (University of Chicago Press, 2011); the edited volumes Embodied Utopias: Gender, Social Change, and the Modern Metropolis (with Amy Bingaman and Lisa Shapiro Sanders, Routledge, 2002), The Idol in the Age of Art (with Michael Cole, Routledge, 2009), and Art Against the Law (School of the Art Institute of Chicago, 2014); and the exhibition catalogues Paper Museums: The Reproductive Print in Europe 1500-1800 (with Elizabeth Rodini, Smart Museum of Art, university of Chicago, 2005) and The Virtual Tourist in Renaissance Rome: Printing and Collecting the Speculum Romanae Magnificentiae (University of Chicago Library, 2008).

Recent articles have addressed AfriCOBRA's gender and family politics; Claes Oldenburg's lawsuit challenging the copyright of the Chicago Picasso; and the experimental art center Art & Soul, founded on the west side of Chicago in 1968 by the Museum of Contemporary Art and the Conservative Vice Lords, a former street gang. She is currently completing on a book on Art & Soul and the landscape of the Black Arts Movement in Chicago (late 1960s-1970s), and undertaking a new project that will consider the relationship of artistic and political agency to natural and social ecologies. She is a member of Feel Tank Chicago, is on the board of the South Side Community Art Center and South Side Projections, and co-organizes the archive and oral history project Never The Same with Daniel Tucker (never-the-same.org).