The military dictatorship (1973–1990) and the subsequent rapid liberalization of society, challenged opportunities for critical dialogue in Chile. In the US, universities are a key place where such dialogue happens. In Chile, universities were first cleared of critical voices and then transformed into a workforce development program. Because of this special history, critical theory in Chile over the past decade has focused on the ongoing reform of the university. It has offered post-Marxist sources for critique and has been at the forefront of rethinking concepts such as “freedom” in the face of neoliberalism.

Chilean philosopher Willy Thayer, a leading Latin American critical theorist, and Paul North, a US-based critical theorist, undertook a collaborative project to renovate and expand the topics and problems at the center of critical theory. The collaborators will prepared a list of new fundamental texts, conceptual problems, and methods informed by Latin American experiences of dictatorship, neoliberal reform, and socialism. The purpose of this research is to develop undergraduate and graduate courses at both institutions where these Latin American texts can be read, newly formulated conceptual problems addressed, and new methods learned. The collaboration will include a reciprocal exchange of graduate fellows, who will assist with the development of the new courses.

Paul North is Professor of German at Yale University and Co-Editor of Idiom: Inventing Writing Theory at Fordham University Press. He has written The Problem of Distraction (Stanford 2012), The Yield: Kafka’s Atheological Reformation (Stanford 2015), and the forthcoming Logic of Likeness: On Homeotics (Zone Books, 2019). His area is critical theory in the most extended sense.

Willy Thayer is a full professor in the Department of Philosophy at the Universidad Metropolitana de Ciencias de la Educación (Santiago de Chile). He is also professor in the Master of Visual Arts and the Master of Documentary Film programs, both at the University of Chile. He has been a visiting professor at Duke University and is currently a visiting professor in the Department of Germanic Languages ​​and Literatures at Yale. He is the author of the books The Unmodern Crisis of the Modern University (Cuarto Propio, Santiago, 1996, UFMG, Brazil, 2001); The Repeated Fragment: Writings in a State of Exception (Heavy Metals, 2006); Critical Technologies: Between Walter Benjamin and Gilles Deleuze (Heavy Metals, 2010, Fordham Press 2018), and The Varnish of the Skeleton (Palinodia, 2011). He edited, together with Pablo Oyarzún, Escritura y temblor, posthumous writings by Patricio Marchant (Cuarto Propio, 2000) and the collective volume Historia, violencia, imagen (Colección Teoría, U. de Chile, 2008). At the moment, he is in the process of publishing a new book, Raul Ruiz and the Critique of Entertainment (Heavy Metals 2018).

Matías Sánchez, a graduate student in Philosophy at Universidad Metropolitana de Ciencias de la Educación (UMCE), will visit Yale in Fall 2020. Matías earned his bachelor's degree in Education and Pedagogy in Philosophy from UMCE in 2017. His graduate thesis was "Maquiavelo y la política (im)posible. El resto inadministrable" ("Machiavelli and (Im)Possible Politics: The Unmanageable Remainder"). He earned undergraduate certificates in Theology, Politics and Society; Aesthetics of Modern and Contemporary Cinema; and Political Philosophy, and he holds a minor in Politics of Inclusion and Exclusion in Education. He is the author of "Nietzsche. Nosotros, los nuevamente sin temor," which appears in the volume Perspectivas del pensar filosófico. Entre Santiago y Valparaíso, edited by José Jara, Lenin Pizarro and Adolfo Vera. 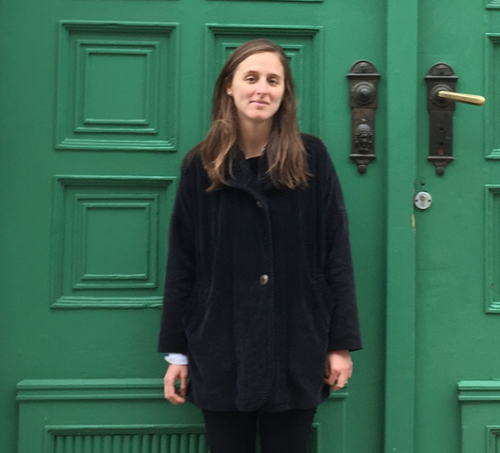 Vanessa Gubbins, a 4th year PhD student in Comparative Literature at Yale, will visit UMCE in Spring 2019. She is working on a dissertation provisionally entitled “On the Uses and Abuses of Translation: Poetry and Crisis in German-speaking Europe and Andean Latin America.” She focuses on the intersections of literature, philosophy and politics, primarily in German, Spanish and Ancient Greek. Her general interests include critical theory, psychoanalysis, feminist theory, and Latin American thought. Aside from her dissertation, she is presently collaborating on a project on pioneer female Latin American filmmakers, and learning Quechua.