Trauma, Politics, and the Uses of Memory

The focus of this collaborative project is the relationship of international discourses on trauma to specific national contexts. The project incorporates a research spotlight on the work of Chilean cultural and critical theorist Nelly Richard, considered from the perspective of the multiple national contexts of the field of critical memory studies. The result of the collaboration, led by Sarah Nuttall (Witwatersrand) and Anna Parkinson (Northwestern), is the development of new undergraduate and graduate courses on trauma and politics; the translation of Richard’s Latencias y estallidos de la memoria inconclusa. Chile: 1990-2015 (a revision of her Crítica de la memoria: 1990-2010) as the volume Eruptions of Memory: The Critique of Memory in Chile, 1990-2015 (Polity, 2018), and a series of events on trauma, memory, and place. The collaboration also included a graduate student exchange through the award of a Mellon predoctoral fellowship to support the participation of a graduate fellow based in South Africa, to assist with the research for the course development during a visiting residency at Northwestern. The predoctoral fellowship was awarded to Candice Jansen.

Sarah Nuttall is Professor of Literary and Cultural Studies of the Wits Institute for Social and Economic Research (WiSER) at the University of the Witwatersrand in Johannesburg, South Africa. She is the author of the monograph Entanglement: Literary and Cultural Reflections on Post-apartheid (2009) and the editor or co-editor of a number of books, including Text, Theory, Space: Land, Literature and History in South Africa and Australia (1996), Beautiful/Ugly: African and Diaspora Aesthetics (2007), and Johannesburg – The Elusive Metropolis (2008).

Anna Parkinson is Associate Professor of German and an

affiliate of the Gender and Sexualities Program at Northwestern University. She is the author of An Emotional State: The Politics of Emotion in Postwar West German Culture (2015) as well as numerous articles. Her teaching and research interests include twentieth- and twenty-first-century German literature and film, memory studies, genocide studies, translation theory, gender and queer theory, contemporary South African literature and film, and psychoanalysis.

Candice Jansen joined the project as an award-winning PhD Fellow in Art History at WiSER (Wits Institute for Social & Economic Research) in Johannesburg, South Africa. She works on photography and the African archive. Her dissertation considered race and anti-apartheid visuality in the life and work of South African photographers, Cedric Nunn and Ernest Cole.

Since August 2019, Candice Jansen has been serving as the new Curator of Research and Exhibitions at the Market Photo Workshop (MPW) in Johannesburg. Started in 1989, the school has come to house a very important archive of contemporary African photography, in addition to offering essential platforms for emerging photographers. She continues to pursue her research and writing in photography since graduating in 2020, as facilitated by a Research Associate position with the Visual Identities in Art and Design Research Centre at the University of Johannesburg.

Adorno, Theodor. "The Meaning of Working Through the Past." In Critical Models: Interventions and Catchwords, edited by Henry W. Pickford, 89–103. New York: Columbia University Press, 2005.

———. "Ressentiment: Democratic Sentiments and the Affective Structure of Postwar West Germany." In An Emotional State: The Politics of Emotion in Postwar West German Culture, 67–111. Ann Arbor: University of Michigan Press, 2015.

Richard, Nelly. "Cites/Sites of Violence: Convulsions of Sense and Official Routines" and "Torments and Obscenities." In Cultural Residues: Chile in Transition, translated by Theodore Quester and Alan West-Durán, 15–46. Minneapolis: University of Minnesota Press, 2004.

———. "Ruptures, Memories and Discontinuities (Homage to Walter Benjamin)." In The Insubordination of Signs: Political Change, Cultural Transformation, and Poetics of the Crisis, translated by Alice A. Nelson and Silvia R. Tandeciarz, 1–23. Durham: Duke University Press, 2004. 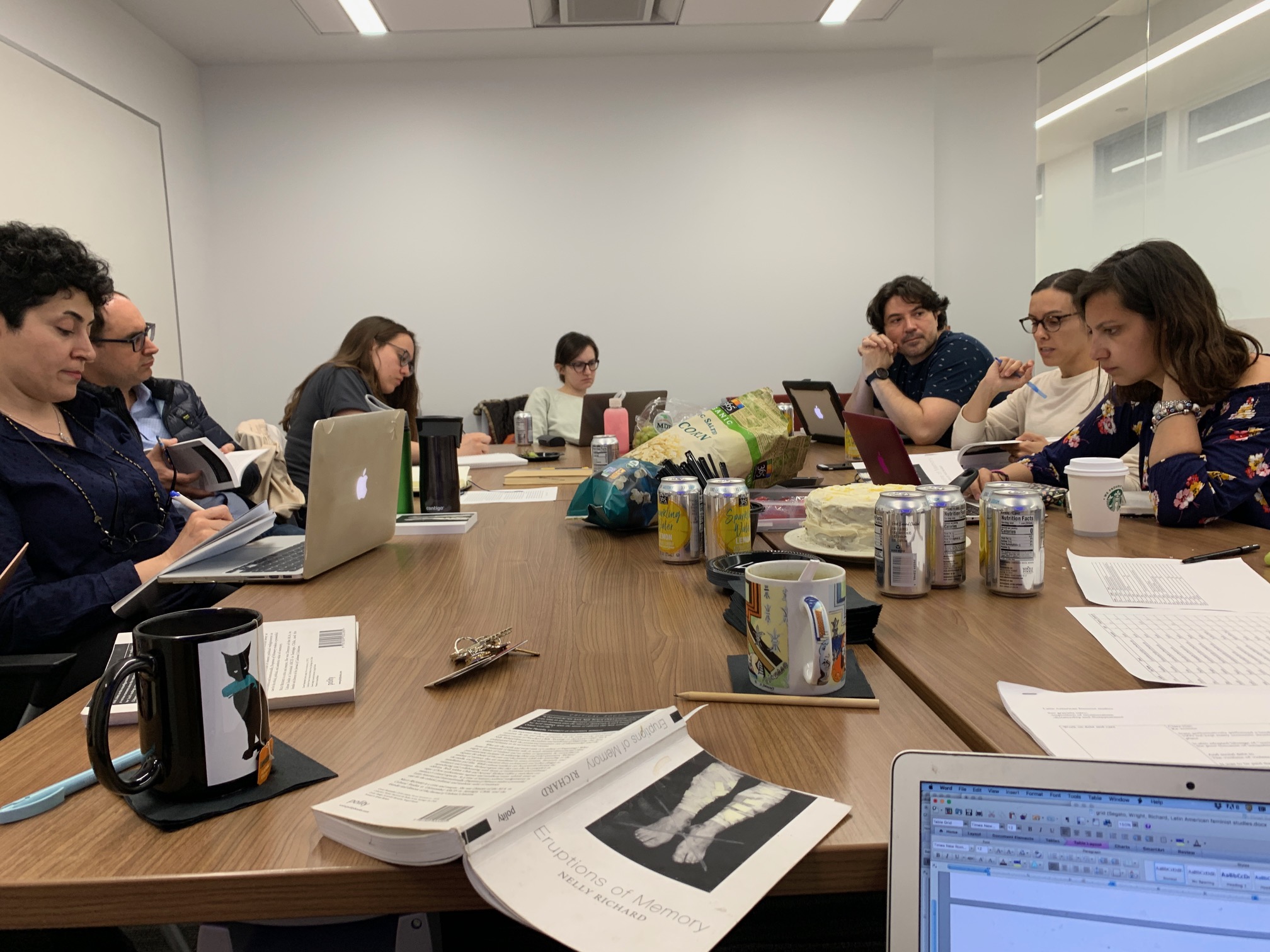