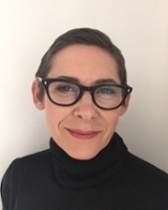 Penelope Deutscher specializes in twentieth-century and contemporary French philosophy, and in gender and sexuality studies. Current projects are focused on the intersections of biopolitics, reproductive futurism, and the genealogy of gendered rights claims . Forthcoming books are: Foucault’s Children: The Reproduction of Biopolitics and two co-edited collections, Foucault/Derrida: Fifty Years On (co-edited with Olivia Custer and Samir Haddad) and Critical Theory in Critical Times (co-edited with Cristina Lafont), with Columbia University Press.

She is also the author of Yielding Gender: Feminism, Deconstruction and the History of Philosophy (Routledge 1997); A Politics of Impossible Difference: The Later Work of Luce Irigaray (Cornell University Press, 2002), How to Read Derrida (Granta/Norton 2006), and The Philosophy of Simone de Beauvoir: Ambiguity, Conversion, Resistance (Cambridge University Press, 2008).

She has been awarded a Senior Fellowship by the I.F.K. (Internationales Forschungszentrum Kulturwissenschaften) Vienna, and a V.I.P (Visiting International Professorship) at the University of Bochum, where she held the Marie-Jahoda Visiting Chair in International Gender Studies in 2013. She has also been the recipient of a Humboldt Research Fellowship, a Distinguished Fellowship at the Institute of Advanced Study, Durham University, UK, a N.S.W. Residency Expatriate Scientists Award at the University of Sydney, and an (A.R.C.) Australian Research Council Large Grant, She is currently Associate Director of Northwestern’s Critical Theory Cluster. In this capacity she is co-investigator, with Judith Butler, of a new project awarded funding in 2015 by the Andrew W. Mellon Foundation to establish the International Consortium for Critical Theory Programs.